Thomas K. Gaisser, the Martin A. Pomerantz Professor of Physics at the University of Delaware, passed away on Sunday, February 20, 2022, after a short illness. He was 81.

Tom, as his friends and colleagues called him, was a pivotal researcher in the field of cosmic-ray physics. Since the late 1970s, he has inspired and contributed to the scientific success of many efforts in cosmic ray, particle astrophysics, and multimessenger astronomy. Tom started his scientific career as a theoretical particle physicist with a PhD from Brown University, but after joining the Bartol Research Institute in 1970, he made the transition to cosmic-ray physics. He would often thank Antarctic astrophysicist pioneer, Martin Pomerantz, for his support during that time. Gaisser’s innovative research and engaging personality spurred many to follow his path from high-energy physics to particle astrophysics.

Tom Gaisser’s scientific legacy is phenomenal and includes the foundations of the physics of extensive air showers, which have since motivated state-of-the art detectors that study with great precision the properties and origins of cosmic rays, as well as contributions to fundamental questions in particle physics.

Other examples of his many contributions include early calculations of the antiproton flux in the atmosphere, which is relevant for the search for new physics; atmospheric muon and neutrino fluxes; early gamma-ray and astrophysical neutrino flux predictions; cosmic-ray air shower physics and hadronic interaction; the Sibyll simulation of cosmic-ray interactions; and the modeling of the cosmic-ray flux.

Tom’s far-reaching and innumerable contributions to the field have been internationally recognized, among them the Humboldt Research Award, the O’Ceallaigh Medal, and the Homi Bhabha Medal and Prize. He was also named a Fellow of the American Physical Society in 1984 for “seminal contributions to our current understanding of the nature of the diverse interactions of cosmic rays with very high energies, and of their astrophysics implications.” Tom has even been recognized with a valley in Antarctica named after him, Gaisser Valley.

But the reason he is known to every scientist in the field, as well as to many others in physics, is his book “Cosmic Rays and Particle Physics,” based on a one-semester course that he taught while on sabbatical at the University of Wisconsin–Madison. The book was published originally in 1990 and was fully updated for a second edition in 2016, coauthored with Ralph Engel and Elisa Resconi. The book is kept as a reference for papers on a wide variety of topics across many years and sits on the shelves of scientists and students all around the globe.

In the IceCube Collaboration, Tom Gaisser was both a leader and the person everyone could count on. He has served this team in many ways, including as IceCube’s spokesperson between 2007 and 2011. As spokesperson, Tom showed kindness and provided encouragement to many young scientists.

He was also the soul of IceTop, the surface array of the IceCube Neutrino Observatory devoted to cosmic-ray physics and used as a veto-detector for neutrino detections with the in-ice array. Although a theorist, Tom actively participated in all seasons of IceCube construction at the South Pole and took on the experimental task of building IceTop with gusto. IceTop and IceCube mapped for the first time the cosmic-ray anisotropy in the Southern Hemisphere and performed precision measurements of the cosmic-ray energy spectrum covering a range from 250 TeV to EeV.

As an IceCube member, Tom also became an ambassador of Antarctic science in large part through a blog documenting his and his team’s expeditions to the South Pole.

A giant in the field of cosmic-ray and particle astrophysics. A giant supporting the next generation of scientists in the field. A giant, kind person and a founder of IceCube. This is how his friends and colleagues will always remember him. 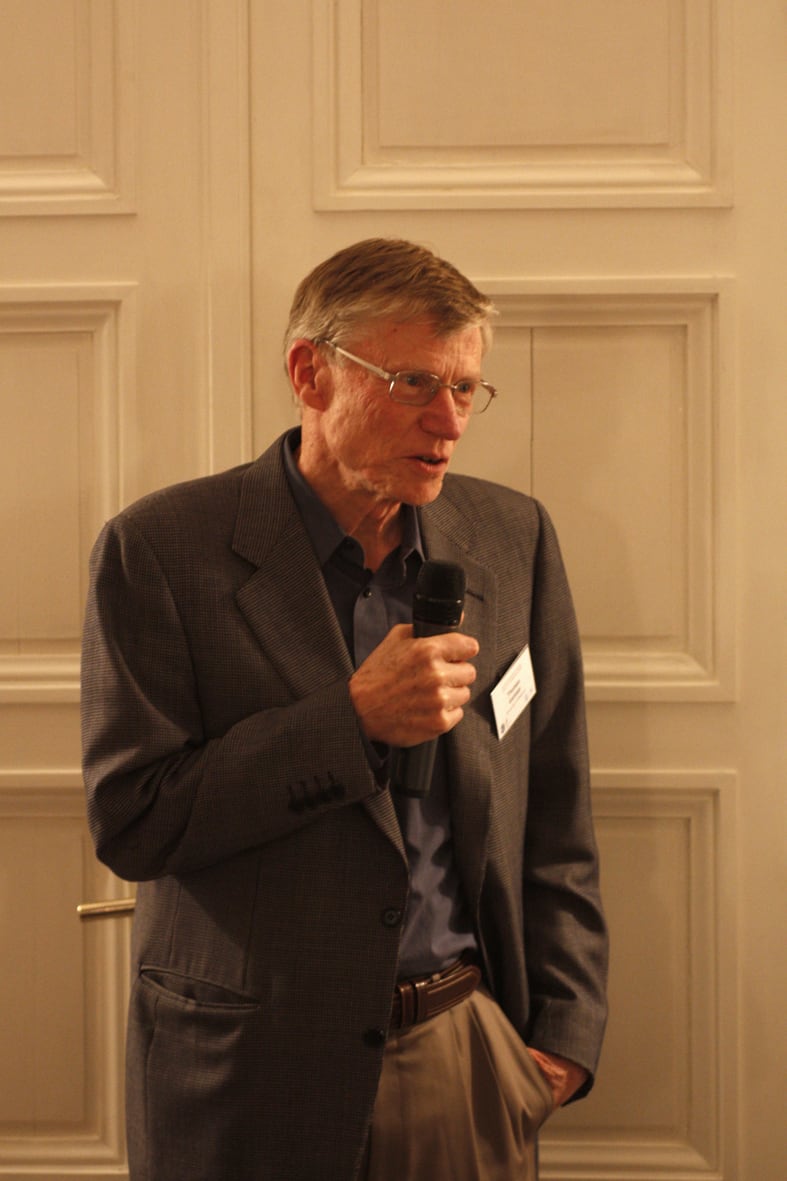 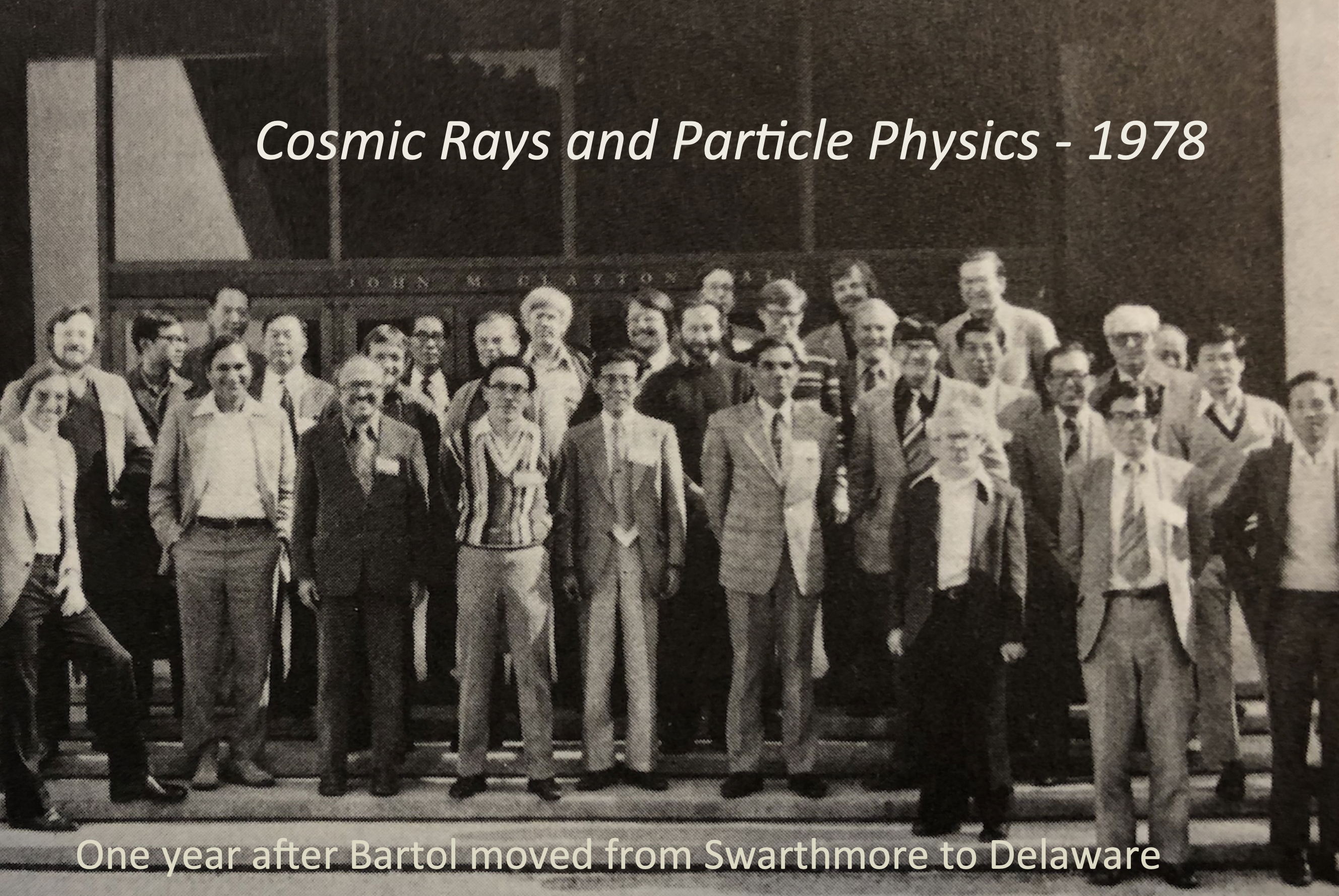 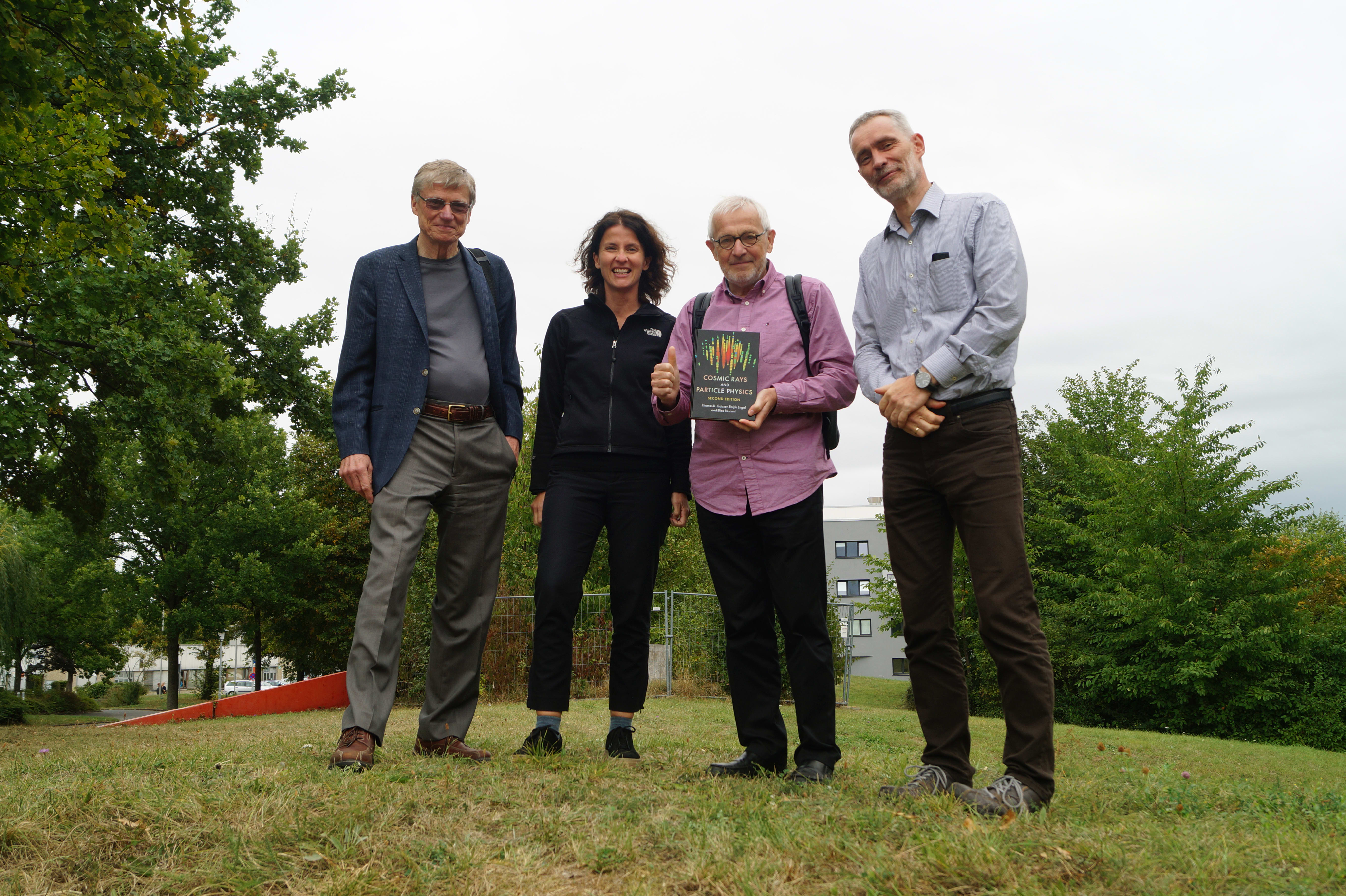 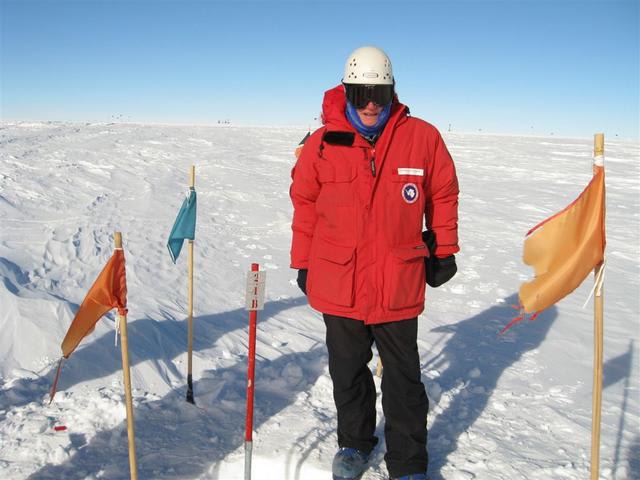 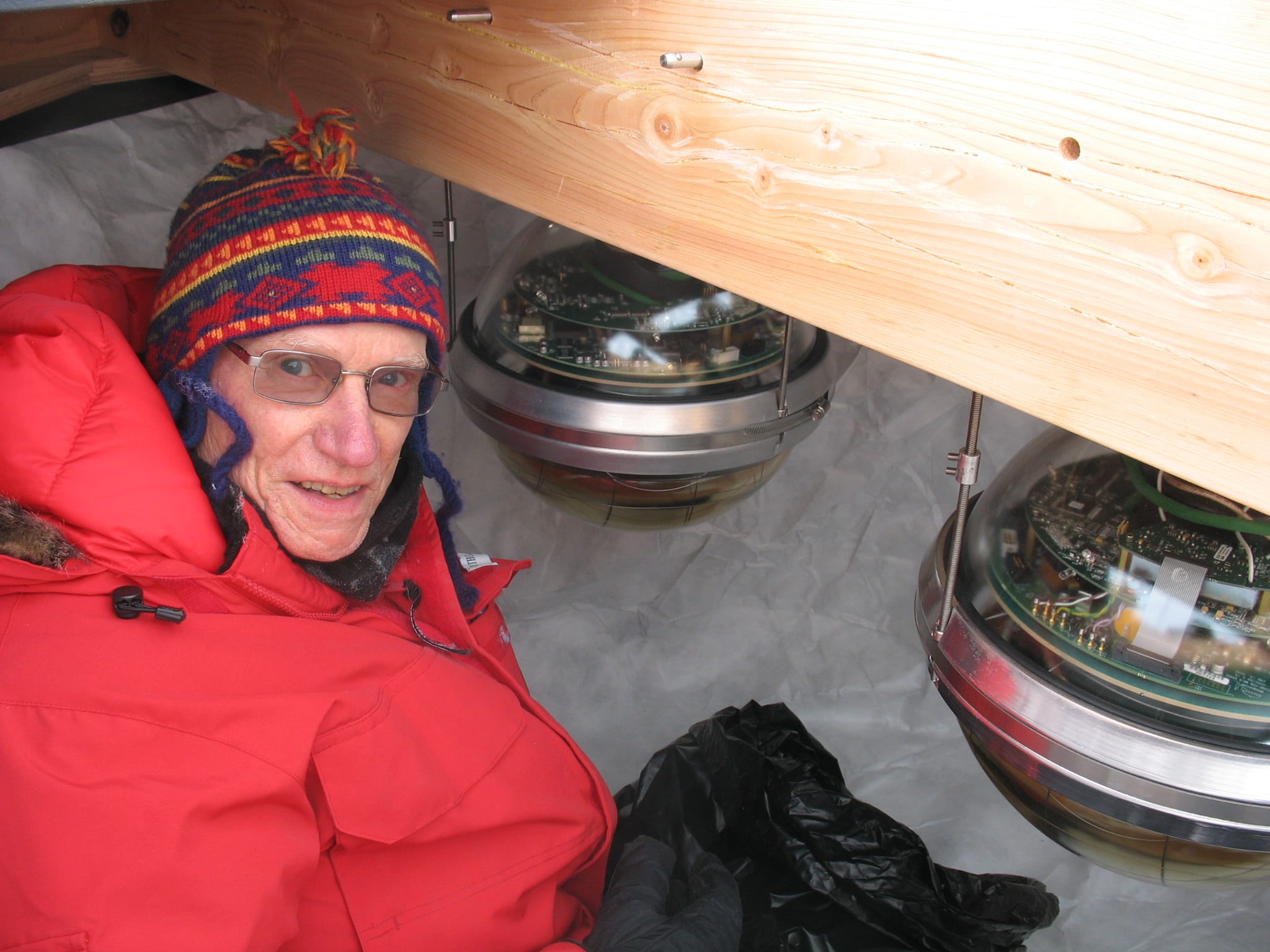 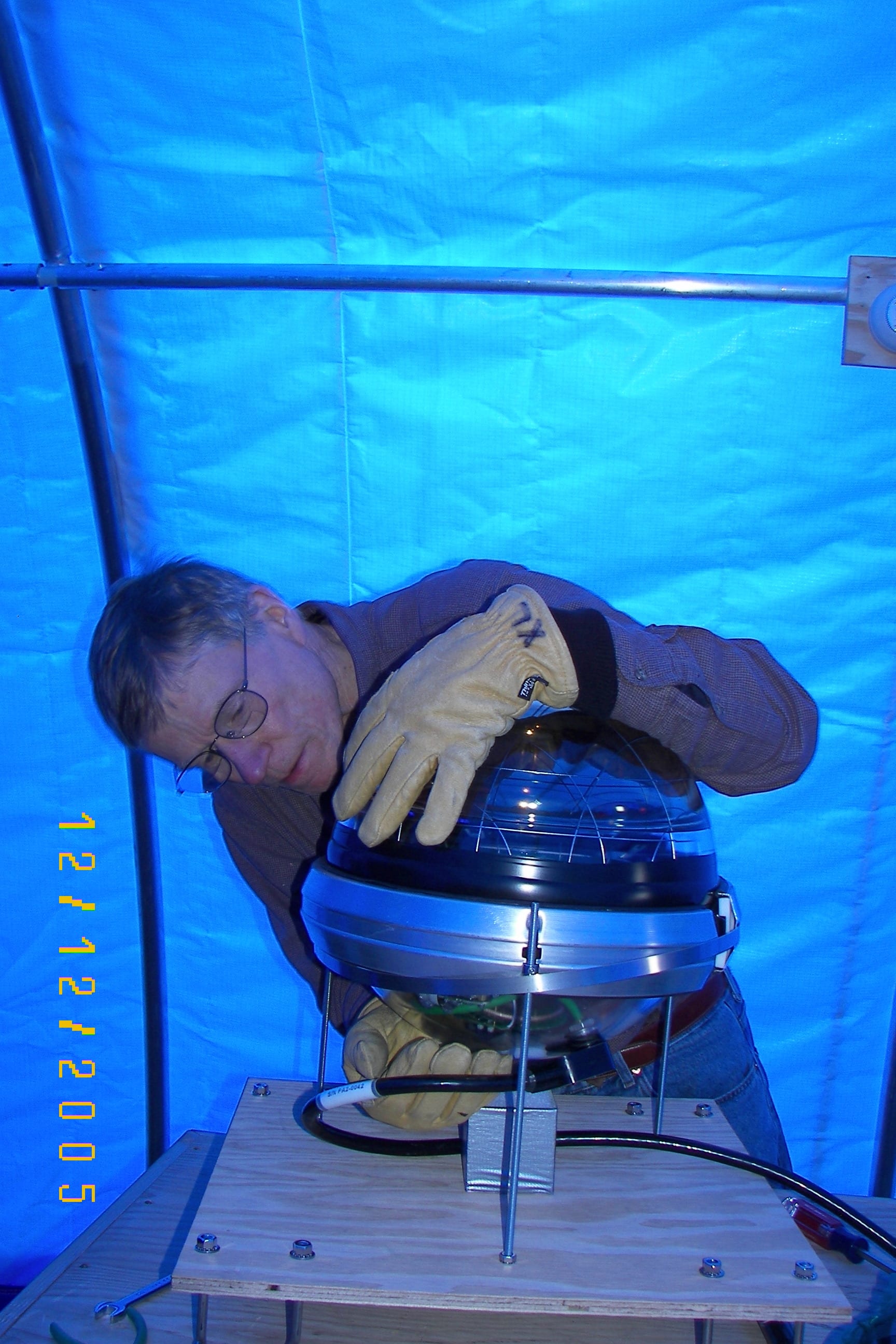